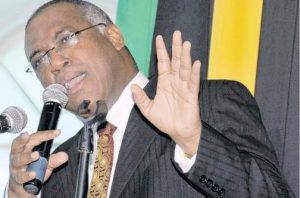 AT Alton Ellis’ funeral at St Andrew Scots Kirk United on November 3, 2008, Ian Boyne got an opportunity to pay tribute to one of his heroes. The popular host of television’s Profile went up on stage and performed Hurting Me, his favourite Ellis song.

Boyne, who died on December 18 at age 60, was known for his forthright interviews on the long-running Profile, which aired on the Jamaica Broadcasting Corporation and Television Jamaica. He was also big into music, and a regular at oldies shows.

“A lot of people think Ian was just a student of religious and current affairs, but quietly, he was a student of music,” said Michael Barnett, promoter of the Heineken Startime and Startime shows.

The affable Boyne could be seen, and heard, singing along with artistes at Startime shows. Ellis, the godfather of rocksteady, was his musical idol; Delroy Wilson, an Ellis contemporary, also held a special place in his heart.

Barnett said he first met Boyne in 1989 when he (Boyne) interviewed Elizabeth Taylor (one of Barnett’s models) on Profile. Heineken Startime was in its infancy at the Oceana Hotel in downtown Kingston and Barnett remembers holding countless discussions with Boyne about the direction of the show and which artistes should perform.

“The first time we spoke I found out he was an Alton freak and a vintage music man. I tell you what, he sang Hurting Me on the phone that day,” Barnett recalled.

Boyne was at the Startime show at Mas Camp in St Andrew in January last year that featured Frankie Paul, Marcia Griffiths, and Horace Andy. Barnett said he last saw him early last year at the M10 Bar and Grill in east Kingston. Many artistes, including Ellis, appeared on Profile. Boyne also interviewed Dennis Brown, John Holt, Joseph Hill of Culture and Judy Mowatt on the half-hour weekly show that helped make him a national figure.